The Growth of the Leopards 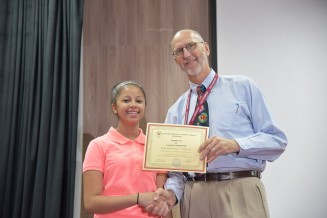 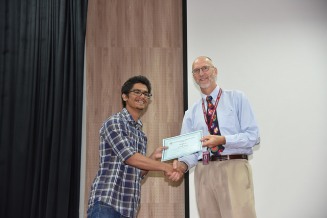 Each day is a milestone as we bloom towards achieving our hopes and dreams. We’ve lavished these milestones with such passion and dedication, and now it’s time for us to claim the fruit of our hard-work and be recognized.

On the 29th of September 2016, the recognition ceremony for Quarters 3 and 4 of the school year 2015-2016 was held at the auditorium. The students were awarded with High Honor Roll and Honor Roll academic awards . Students with outstanding performance  in subject areas and clubs were also given awards to recognize their efforts and dedication.

ISG Dammam conquered the summit and aced the Mangahigh contest for being the first place out of all the participants in the Middle East. Therefor Mangahigh awards were given to top achiever students, who have given honor to our school. And lastly, character recognition awards were given as well, to acknowledge the great morals and prominent attributes of our fellow Leopards.

Now, all of this couldn’t have happened if it wasn’t for the hardwork of our very own recognition committee teachers Mrs. Reham Fadel, Mrs. Zeinab Karnib, Mrs. Merlyn Leny,  Mrs. Ann Smith, and Dr. Natalia Socolova, lead by Mrs. Shahnaz Salim as the sponsor and Mrs. Misra as the alternate sponsor, who intricately planned and organized the ceremony. Our principal, Mr. John Rutten, and the High School vice principals, Mrs. Nehla Lejmi and Mr. Naidoo, were  given the honor  to recognize the young high school achievers.

After all, it was a success not only for the students but as well as for our beloved school as we soar up high as one great Leopard family.

Please check all the recognized students in the following links: