The Islands is a free, online, virtual human population that can be used for simulating scientific and social research and data investigations.  Students will be given the opportunity to understand and apply Statistics in meaningful way.

The Island & An Islander 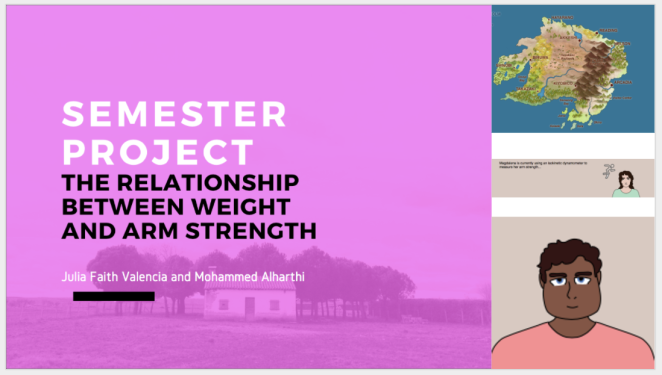 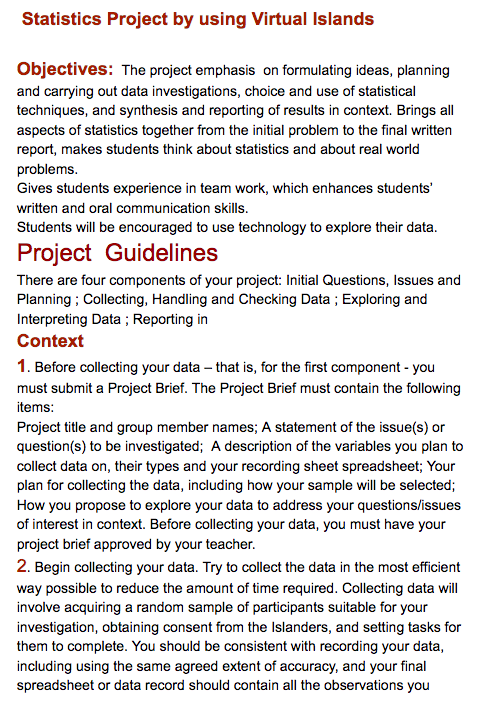 Throughout the continuous use of the Islands, it has been made evident that it is, in general, easier and more convenient than actually going out and testing people, as majority of the tests involve things that are hard for a high school student to do. It’s a great educational resource when it comes to collecting and analyzing data. Working on the Islands has not only furthered my comprehension of statistics, but made me develop a much deeper understanding of technology and different kinds of possible tests; it widened the scope of possibility that I saw. The projects developed my analytical and critical skills, and strengthened my understanding of how data is collected and observed by statistical means. One of the many projects in which the islands were used was our statistical study of human physicality; the study on whether age affects the white blood cell count in humans, and therefore their immunity. It was made simple for the group to collectively gather data and analyse it due to the fact that the Island’s infrastructure is made to do just that. One must simply select the individual they wish to test/record data on, and ask their consent. The data we collected was the white blood cell count per age group (all results in the proper format x10^9).  We theorized that the younger age groups would have more immunity and wbc count, based on other theories relating breast milk in giving children better immunity. Thanks to the specific nature of the results we gathered, and the usefulness of the islands itself, the study concluded with high standing results; we concluded that based on our results, our theory had some backing, and is a very valid possibility. However, there are always negatives; islanders seem to lie about their information or give sarcastic remarks when they are interviewed- this comes from the fact that it tries to be as realistic as possible. Once a few peers asked, “Do you have any deficiency?”, and the reply they received was, “Doesn’t everybody have a deficiency?”. So it was impossible to receive that small piece of information that was relevant to the study. Furthermore, it is difficult to grasp and understand the purpose of creating an Islander that declines consent. Based on our knowledge, the entire purpose of the islands is to obtain information from people that won’t decline consent because real people have the right to withhold information by saying no. Overall, I would like to conclude by saying that the Islands would be an extremely useful resource if- and only if- the issue of lying can be either turned on or off, and the consent was mandatory. Should this be the case, it could be used for a vast amount of research, on the field of Science , Physiology, and Psychology delving into the complex situations where something like this would be preferable.

We would like to express our gratitude towards Dr. James Baglin, BAppSc (Psych – Hons), PhD , Lecturer, Statistics, School of Science, Mathematical Sciences, RMIT University, Australia for providing us with the access to explore the Virtual Islands . Your continuous support and valuable feedback is greatly appreciated. 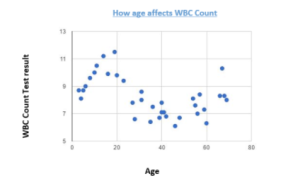 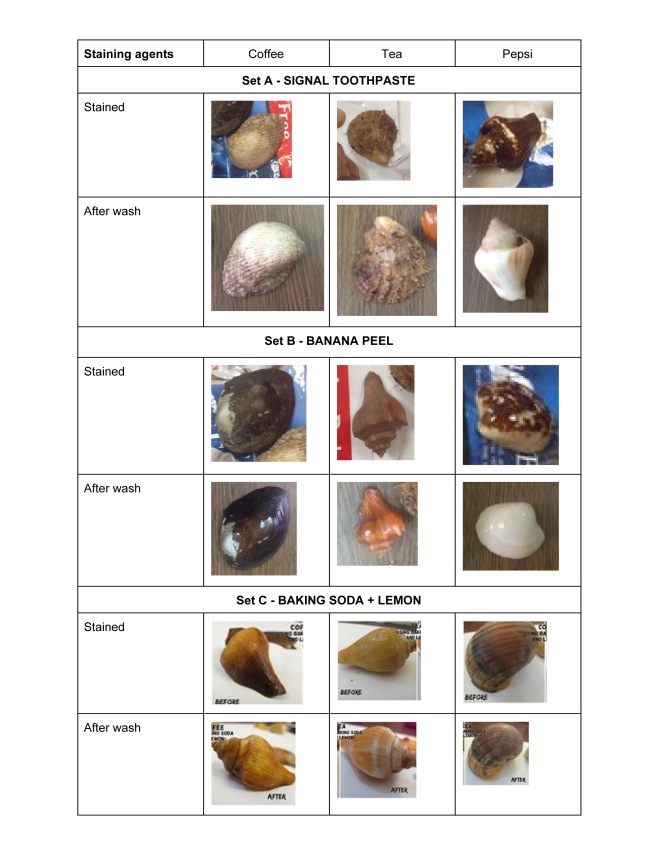 Revolutionary Science in the Palm of our Hands

The food and drinks we consume everyday have a very harsh effect on the appearance of our teeth. Most, if not all, of us must have noticed that they are staining them. Recently, white teeth have become more and more favorable among the masses.  People are looking at the quickest teeth-whitening methods to achieve these results. The High-School Science Club  decided to perform an experiment by staining shells, because they have the same composition of our teeth; with different staining agents such as coffee, tea, and soda. After a week of staining, we tested some of the most common teeth-whitening techniques, both natural and chemical, to see which ones have the most effective impact on removing these stains. Studies of previous whitening experiments led to the conclusion that using bleach or products that contain hydrogen peroxide were the most effective methods. We took some of the most popular toothpastes (Signal, Closeup, Colgate) containing small amounts of hydrogen peroxide, and some of the most prevalent natural remedies (bananas, baking soda and lemon).

We experimented to find the strongest stainer and the overall best mechanism to remove those stains. In our results, we were able to conclude that tea was the strongest stainer, unless washed directly after consuming. Natural remedies also removed almost all the stains. However, Signal was the toothpaste that made the greatest change. With the cumulative data we acquired, the same experiment will be conducted on human teeth to see if they yield the same result.